EU regulatory measures in the field of private law, such as the Unfair Contract Terms Directive, the Mortgage Credit Directive or the Antitrust Damages Directive, have been compared to islands in the ocean of national private law. This metaphor has been used to highlight the difficulties of integrating EU private law into national private law, given their different rationalities. The private law of the Member States has traditionally been primarily concerned with horizontal relationships and justice between private parties. In particular, the individual who has suffered from the breach of a private law norm by another individual can use the characteristic private law enforcement tools, such as a claim for damages. National private law, therefore, is underpinned by relational rationality, even though it may be influenced by policy objectives and have distributive implications. In contrast, EU private law has developed in a piecemeal and uncoordinated fashion across different sectors of the economy as a subset of market regulation to serve various policy goals, notably the establishment of the European internal market. Thus, while this body of law also affects horizontal relations between individuals, it is first and foremost informed by the instrumentalist rationality.

Over the years, the islands of EU private law have further spread across the ocean of national private law, covering a variety of markets for goods and services, including the old ones, such as consumer goods and financial services, as well as the new ones resulting from privatisation, such as telecommunications, energy, and transport. They have also grown larger and larger in response to the new challenges faced by the EU, such as the global financial crisis of 2007-2008, the rapid growth of the digital economy, and the climate change. On such islands, market regulation and private law are closely intertwined. The interplay between the two has also become increasingly complex following the rise of public supervision by European and national administrative agencies and the use of administrative law enforcement tools, such as fines, in the private law domain.

Against this backdrop, my recent article in the Modern Law Review 2021 revisits the tale of islands and the ocean in a multi-level and heterarchical EU legal order. The article reconceives the relationship between the two within a new theoretical framework, focusing on how traditional national private law today responds and should respond to EU market regulation, given the tension between the instrumentalist rationality of EU private law and its own relational rationality. It identifies three models of the relationship between EU and national private law to be discussed in more detail below – (1) separation, (2) substitution, and (3) complementarity – , each involving trade-offs between (1) the pan-European common good and interpersonal justice, (2) legal certainty and individual fairness, and (3) uniformity and diversity. These models reflect elements of the current legislative and judicial practices in a variety of jurisdictions and areas of law and provide an analytical framework for assessing such practices in terms of their ability to reconcile the competing rationalities of EU and national private law.

First, traditional national private law rules and regulatory private law rules with a European origin may exist separately from each other. This model is primarily manifest in the context of the public law-oriented EU measures of legislative harmonisation in the field of private law, such as the Markets in Financial Instruments Directive II (MiFID II) and its predecessor Markets in Financial Instruments I (MiFID I). While the MiFID I and MiFID II include conduct of business rules to be observed by investment firms in dealings with their clients (such as a duty to know one’s customer), these directives have been drafted from the perspective of ensuring effective public supervision and enforcement, and were largely implemented in national public law. In some Member States, therefore, the conduct of business rules laid down therein do not have any effect in national private law, even though they aim to protect investors. This is the case, for instance, in Germany where the federal supreme court in private law matters has effectively denied aggrieved investors the possibility to claim damages for breach of these rules under the German Civil Code. Here the ocean waters are thus cut off from the island water sources. With the water cycle between the two being disrupted, the separation model does not serve well in advancing the common good, increasing legal certainty, or attaining a meaningful level of harmonisation of laws in the EU. Instead, this model focuses on interpersonal justice and individual fairness and strongly promotes diversity. However, in the absence of any flow of water from the islands into the ocean, the latter may ultimately not only jeopardise the pursuit of EU policy goals, but also fail to realise individual fairness.

Second, EU regulatory private law rules, in the form of ‘minimum’ or ‘maximum’ standards, may substitute the pre-existing national private law norms. The substitution of national private law by EU private law is particularly noticeable in those areas where the EU has sought harmonisation through private law-oriented measures, such as the Unfair Contract Terms Directive, the Consumer Sales Directive 1999 – which will be replaced by the Consumer Sales Directive 2019 – , and the Payment Services Directive 2 (PSD2). Being implemented either into a civil code (e.g., in Germany and the Netherlands) or a self-standing instrument (e.g., in the UK), the regulatory regimes established by these directive have become an integral part of national private law, profoundly shaping its development in the areas subjected to harmonisation. A similar approach can also be identified in the Antitrust Damages Directive, which requires private law courts to adhere to decisions of administrative agencies or courts establishing a violation of EU competition law. In this scenario, the islands effectively reclaim land from the ocean. The substitution model thus seeks to combine interpersonal justice with public concerns, serving legal certainty and allowing the EU to approximate national laws to a significant degree. At the same time, as the land reclamation expands farther and farther into the ocean, individual fairness and learning from the difference risk being sacrificed on the altar of EU harmonisation activity in the name of market integration.

Third, somewhere between these two extremes, one can find the complementarity model. Like the separation model, this pattern can typically be observed in those areas where the EU has adopted the ‘public law’-coloured harmonisation measures. In this scenario, however, even though regulatory private law and traditional private law rules formally exist alongside each other, in practice the former complement the latter. For example, private law courts across Europe commonly consider the product safety standards enshrined in national public laws, which implement the General Product Safety Directive and are specified by private technical standards, as minimum standards in tort law, the violation of which constitutes negligence. A similar approach has also been adopted in some Member States, such as the Netherlands, in relation to the conduct of business standards laid down in MiFiD I and MiFID II. Further, the complementarity model is manifest in the emerging links between civil and administrative proceedings under the Representative Actions Directive designed to facilitate private collective enforcement. By allowing island streams to flow into the ocean while protecting the marine environment, the complementarity model tends to accommodate a balance between policy considerations and interpersonal justice, between legal certainty and individual fairness, and between uniformity and diversity. But in so doing, this model cannot achieve the same level of legal certainty and harmonisation as the substitution model, leaving more room for individual fairness and diversity.

These findings are of immense practical significance not only for the implementation and application of EU private law in national legal orders, but also for EU private law making. The foregoing analysis has revealed that the choice of the ‘public’ or ‘private law’ grammar at EU level is reflected in the models of the relationship between EU and national private law at Member State level. Each model in turn has a bearing on the ability of EU measures to achieve their regulatory objectives, and the overall shape of European integration more generally.

It is important to realise that the maximum harmonisation effects of a particular EU measure in national private law can be neutralised by its ‘public law’ grammar where such grammar leads to the separation or complementarity between EU and national private law rules. This shows the delicacy involved in balancing not only the contributions of the EU and Member States, but also that of public and private law enforcement instruments to the development of the regulatory framework for private law relationships that underpins the process of market integration. 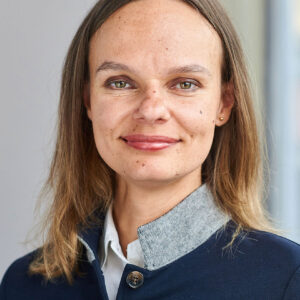 Professor of European Private Law and Comparative Law, University of Groningen (The Netherlands)